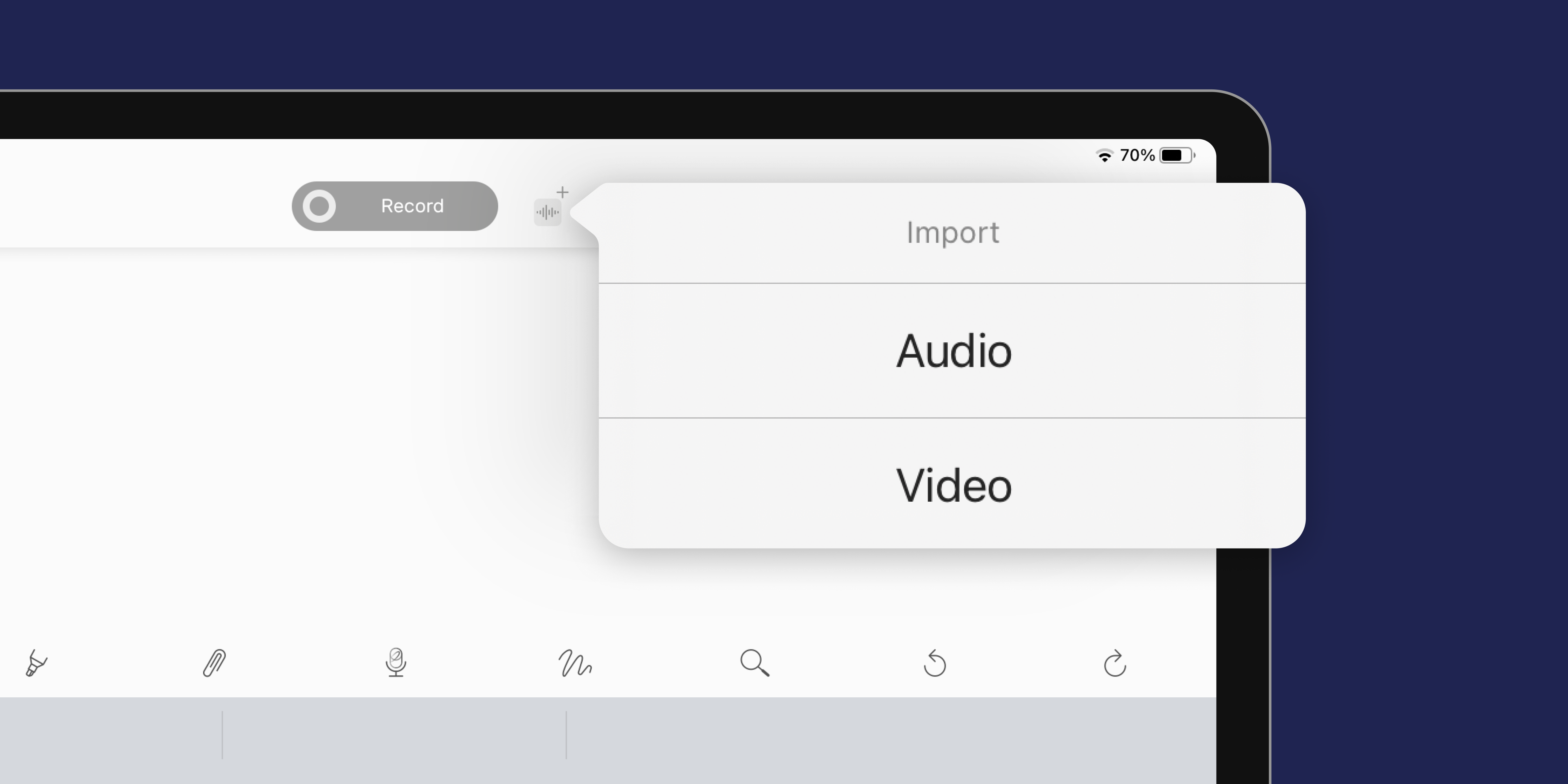 Audio is our thing; but that’s not all that we do. Whether it’s a lecture recording you’ve made or a webinar video you’ve downloaded, media files can be easily imported into your notes in just minutes, if not seconds.

To help you get more out of every note, here’s a comprehensive guide to working with media files on Noted.

Import Media Files on an iPad or iPhone

We support most media formats with no specific limitations. However, you need to start by saving the media file locally to your device or a supported file provider in the ‘Files’ app, then follow the steps below:

Alternatively on iPad, you can open Noted and Files at the same time in split view, then drag and drop the media file(s) onto the Record button.

Import Media Files on a Mac

The easiest way to import a media file into a note on Mac is to simply drag and drop it into the note. Other than that, here’s an alternative method:

When working with a video, once imported, you can resize it using the arrows at the bottom left of the video as well as drag it to reposition. In addition, you can capture a screenshot by pressing Shift + Command + 4, followed by the spacebar on the video window or drag the cursor to outline the area you want to capture, then drag and drop it into the note.

Have multiple audio notes from the same class or project? Import them into the same note, so you don’t end up with way too many individual notes. Here’s how:

A note for Mac users: You may skip step 2, and drag and drop to import only works for the first recording in a note.

Apple Watch users, rejoice! Noted is also available on Apple Watch. It’s the perfect tool to capture inspiration and record ideas on the go – and it’s really easy to get started.

All your Watch recordings can be appended to notes on the paired iPhone as soon as they’re fully transferred with the following steps:

Any #TimeTags you added during the recording will be transferred to the note. If there’s existing content in the note, you will find the hashtags below it.

Reminder: Make sure that the recording has transferred completely from your Apple Watch before appending it to a note. Three animated dots will appear to indicate that the transfer is still in progress.

Do More with Your Media Files

Have a question about importing media files? Reach out to our support team via support@notedapp.io or Twitter, we’re always happy to help!